Facebook, Instagram and other social media sites have established tools that monitor status updates, comments, videos and other posts for hints that a user may be considering self-harm or suicide.

The World Health Organization found that suicide is the second leading cause of death among people aged 15-29, as of 2014. A 2016 study found that 86 percent of people in this age range use social media, with Facebook being the most popular. The same study reported that 76 percent of people who have Facebook use it daily.

On Facebook, if a person mentions anything about self-harm or suicide, there is an option to anonymously report that type of content by clicking “suicide or self-injury.” This option became available in 2011 when Facebook partnered with the National Suicide Prevention Lifeline (NSPL). In March 2017, the social media giant added the feature to Facebook Live and Messenger. 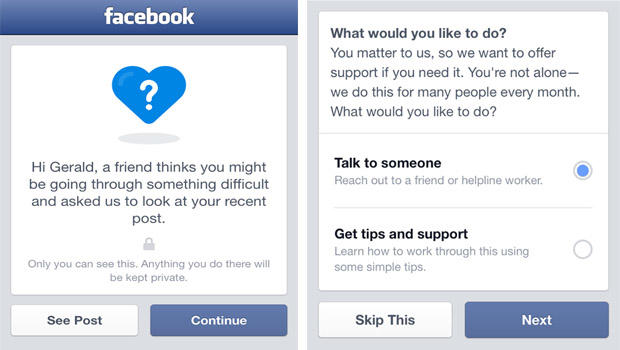 Additionally, Facebook is working on using artificial intelligence to more quickly identify post about self-harm. When such posts are spotted, a message pops up on the user’s screen. The user is provided with multiple suggestions to seek help – speak to a loved one, chat privately with someone from NSPL on Facebook Messenger, or call a suicide hotline.

Instagram added a similar feature in October 2016 after pairing up with NSPL. It encourages people to report images about self-injuring and suicide. When such an image is reported, the person who posted it receives a notification encouraging her or him to reach out to a friend or dial one of the hotlines, such as NSPL. Instagram even filters searches for specific hashtags related to depression and suicide. For instance, when a user searches for “#imnotok,” a pop-up message from Instagram offers help and support. Twitter also offers suicide prevention tools to users. It has a help center page that informs users of what to do if they see tweets about self-harm or suicide, suggesting they reach out to the person if they are friends with him or her. Twitter also offers users the option to report tweets to Twitter about self-injury if they do not feel comfortable directly communicating with the person.

Once Twitter verifies that the tweet is about self-injury, an administrator contacts the user with various options, encouraging them to reach out to a loved one or to call a suicide prevention hotline. Twitter is hosting a chat from 2 – 3 p.m. today, May 30, about mental health to change the way its spoken about and to promote awareness. Join the conversation and become involved in the change. 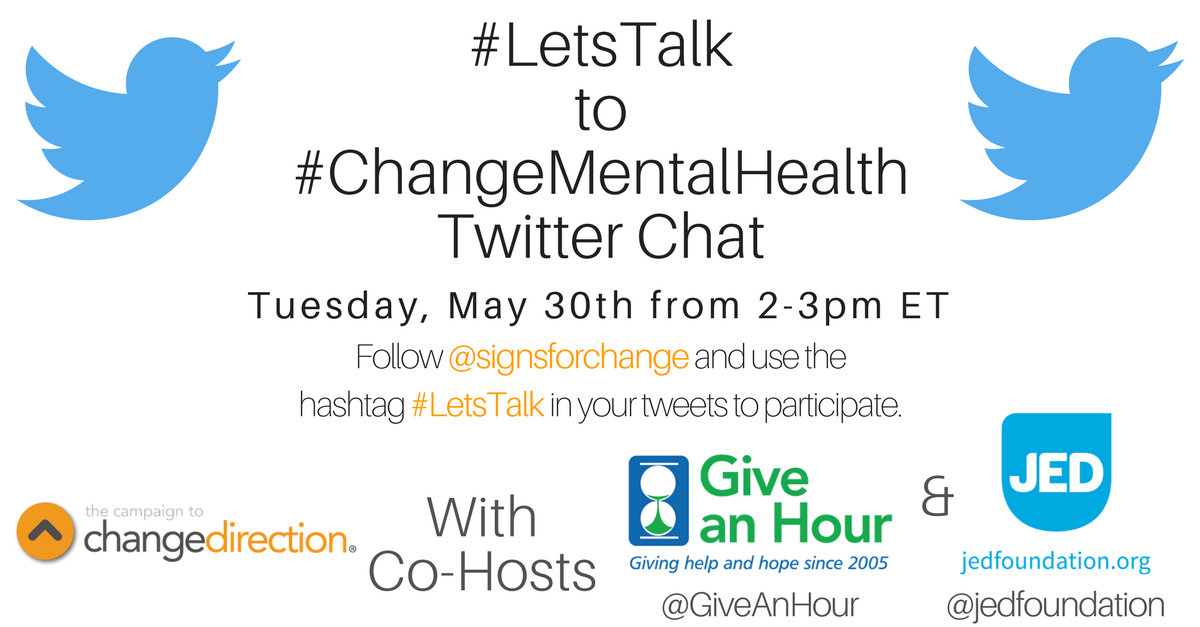 Five Books that Can Inspire a Road Trip